What do you do with those pictures …

tonight there was some more action in the old dirty alley and i walked out to take some pictures.  this man, who lives right next door to my building and is no stranger to me, stuck his head out his window and, upon seeing me with my camera, began calling me a pedophile and a faggot and a freak and generally just chatting me up, all friendly like.  as i usually do, i just ignored him, finished what I was doing, and went back inside. 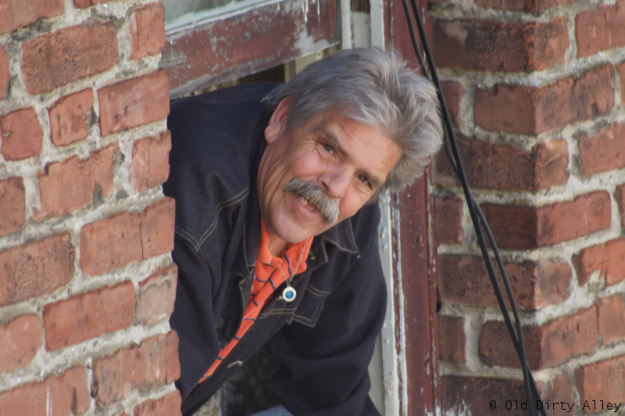 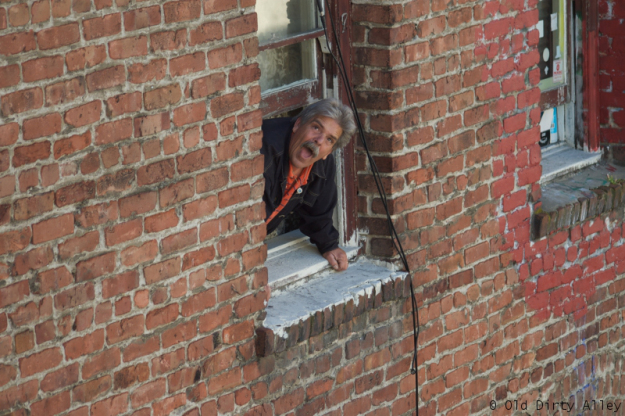 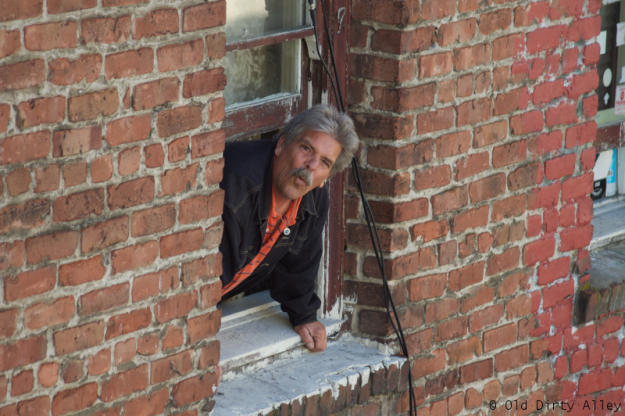 when i was out with my camera for a second time tonight he put his head out the window again and, very politely, asked what I did with the pictures.  but before i could barely draw a breath to answer he added “jerk off?” and then launched into his pedophile/faggot/freak routine again.  he finally heard me when i said i put them on this website.  included in his tirade was a warning to me that if there were any pictures of him on here that he was going to “wait outside your door and kick your fucking ass”.  it’s certainly not the first time a resident of 481 minna street has threatened me with violence.*

i certainly wouldn’t put someone’s picture on here just because they stuck their head out a window.  but over the past couple of years this guy has hollered his share of insults at me, always unprovoked.  i didn’t even start taking pictures of him until after he started screaming at me last year when he saw me taking pictures of other folks in the alley.  that was a day when, on his way to work, he hopped on his bicycle and, as he rode by, kept hollering ‘pedophile’.  (or maybe that was directed at one of the two registered sex offenders who live in his building, i dunno.**) 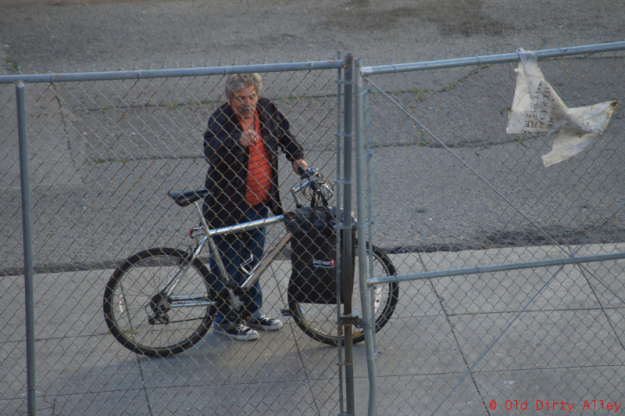 more recently, on friday, february 4, 2010 at about 3 am i was awakened by some more screaming in the alley.  armed with my camera i went outside, but all i witnessed was this man throwing a pane of glass (or mirror) out his window onto the concrete parking lot below.  of course, it shattered handily upon landing.  my understanding is that glass neither flies for very long nor bounces.

how much trash is acceptable to just toss out one’s window?  i always thought the correct answer was “none”.  but i guess that’s incorrect, because this is not the first time i have seen him throw stuff out his window, and he’s not alone … watch long enough (and long enough isn’t very long) and you’re bound to see some trash fly out of one of the windows into the parking lot.  indeed, in less than 96 hours i have witnessed four separate instances where trash has come flying out of a 481 minna street window only to land in the parking lot for the owners of said lot to clean up.

11 Responses to What do you do with those pictures …