dude walks down the alley, inserts said toy, and proceeds to go at it with a pallet and then with a dry standpipe. he was there for 20 minutes or so, very nonchalant as people walked by and cars passed.

do not be alarmed. he is sporting the tail of neither a manticore nor a chimera, but of a garden-variety sex toy. (the images ain’t the best quality, but the first two have a red arrow pointing to the toy’s handle sticking out of his pants/thong.) 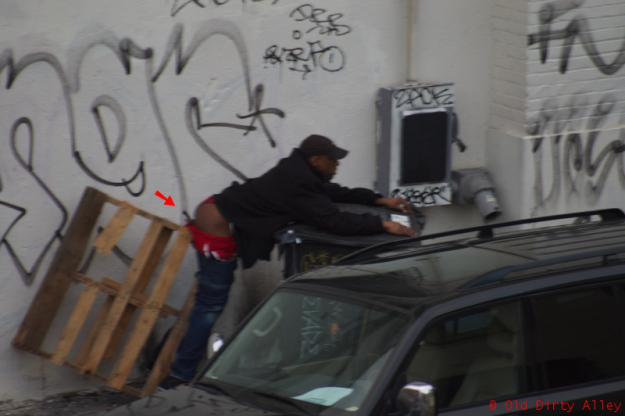 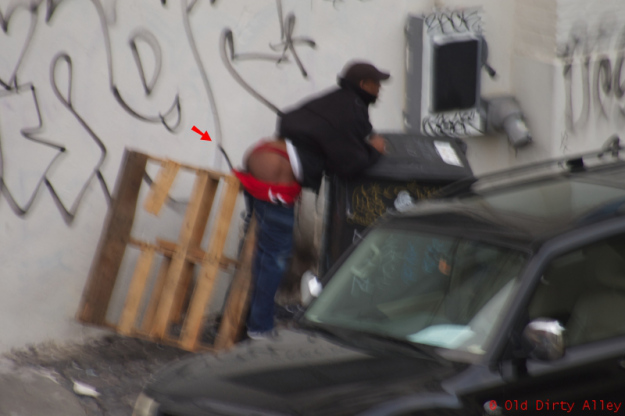 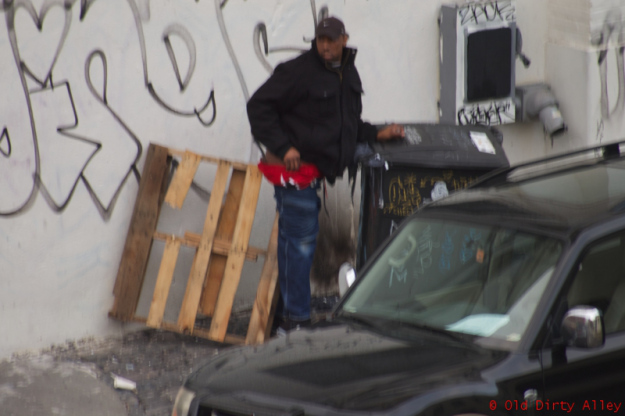 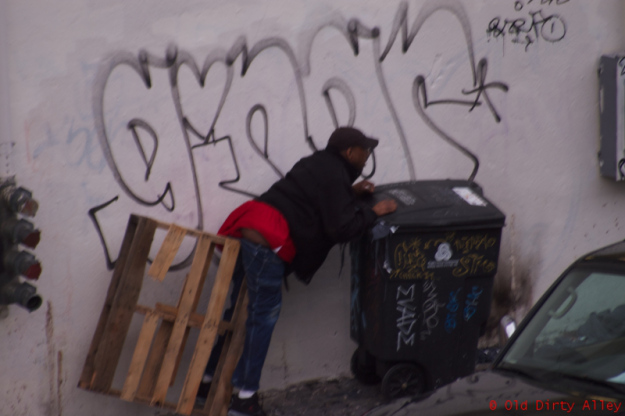 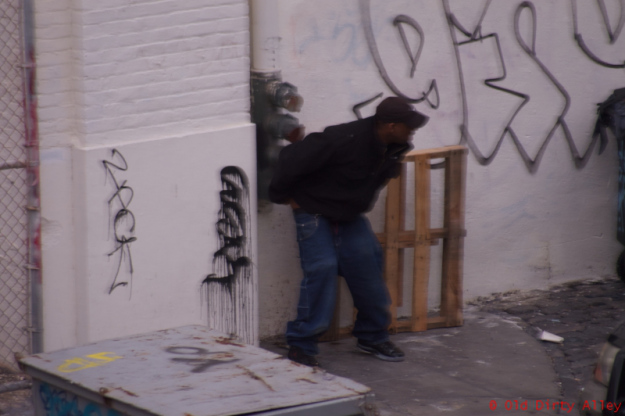 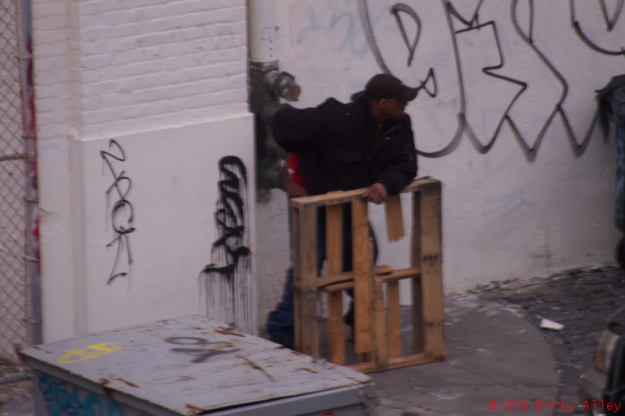 and there’s the video. the audio doesn’t add much but it has been left in for the background noise. points of note: at 00:42 it’s liftoff, with both feet off the ground; at 1:00 it sounds as though someone is opening the pull-tab off a can of schlitz and settling in for the show; and at about 2:15 the street cleaner passes right in front of him.

best in full screen and at the higher resolutions, and when viewed humming Ride The White Horse by The Gap Band imho.

i like the fact that when he walks away he doesn’t bother to pull up the sag or even to remove the toy. i think i’d be limping by now.

1 Response to The Minna Street Humper